Yonkers, New York – A graduate research team from the University of Yonkers is believed to have found the elusive gene that indicates whether or not a person will grow up to be a hipster.

Geneticists examined 7,982 men and women from birth to age 32 to find genetic indications and trends for hipster mentality. The subjects were derived from affluent upper class communities – environments where most hipsters are born. The study singled out those who showed a predisposition towards hipster behavior and measured their progress into adulthood.

DNA testing reveals that 978 of the test subjects exhibited the hipster genetic pattern. Further testing found that 74% of those with the gene developed symptoms of being a hipster by their sophomore year of liberal arts school. Signs included pretentious name alterations (i.e. Steven to Sven, Emily to Ivy), a fondness towards gross off-brand beers, and a resilient inclination to deviate from popular opinion.

“Thorough genetic examination strongly supports that the hipster mentality is inherent,” said head researcher Helga O’Donnell. “Like being homosexual, it’s not a choice. Hipsters are not trying to be annoying, they’re genetically inclined to be.”

When asked if the hipster gene is transmittable she added, “From what we know, it is only carried from parent to child. The hipster gene is recessive (dominance would be too trendy) and can be detected as early as fetal development.”

Though backed by consistent research, O’Donnell’s comments have earned much scrutiny. Sociologist and Olive Garden waitress, Paula Banks, publically rebuked the study on her Tumblr page. “tHiS sTuDy haz soOoo mANy Flawz iN it,” she wrote, “I kNoW sOoOOoo manY peepZ (people) wHo aRe hIpsTer BuT dOn’T hAVe HiPStER JeanZ (gene)”.

O’Donnell commented on Banks’ criticism. “There are indeed numerous people who do not have the hipster gene but still hold the qualities of a beatnik, self-mocking hipster,” she said. “But that does not qualify them as an authentic hipster. Just because you put wings on a car doesn’t make it a plane.”

So what do you call someone who acts like a hipster but doesn’t carry the hereditary hipster gene? 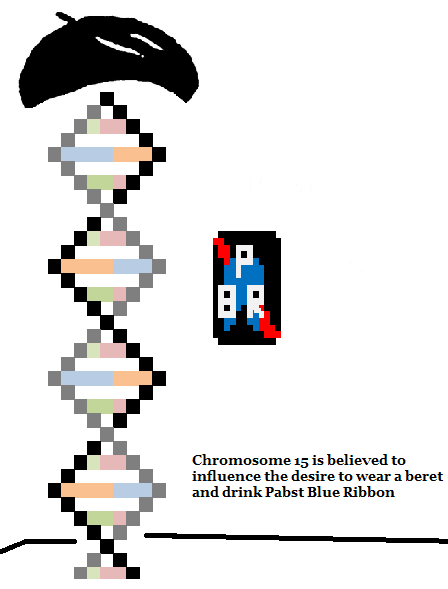 How to Make Breakfast Awesome

20-Something Female Posts Hilarious Comment About Wine And Being Alone, Agree 183 Friends