Let’s face it, getting a boyfriend is the most important thing any person can do. That’s why it’s imperative to develop your boyfriend-finding skills. You want to make sure you find an incredible guy and don’t end up accidentally dating a robot. To make things difficult though, the competition is fiercer than ever. Everybody is looking for love! With the exception of people who aren’t looking for love because they already found it or because they aren’t interested in love, or because they’re political prisoners and dealing with that, you have to compete with hundreds of people across the globe to find a person who’s simultaneously not an android and perfect for you. Luckily we’re here to help.

Below is a list of warning signs that could mean you’re dating a machine:

– After long phone conversations, if you say goodbye with “I love you”, he responds, “does not compute.”
– Whenever he fills up his car with gas, he brushes his hair back when he’s finished and takes a sip for himself.
– Instead of having a belly button he has an unnatural fear of magnets.
– He doesn’t watch football and he doesn’t even like football.
– Cloud Computing.
– He’s read a book in the past month. Not even for school or anything. Because he wanted too.
– Sometimes at night you’ll wake up and hear him talking to someone. But when you go downstairs to check, it’s only him and the microwave.
– He prefers Vampire Diaries to Gossip Girl.
– All of his family photos are of him and his dad, and a Dyson vacuum cleaner.
– He’s never heard of stackable Tupperware.
– His best party trick is sticking a light bulb in his mouth and making it glow.

If you’ve ever noticed one of these things then it’s time to break it off. If you can even imagine any of these then that’s just as bad. It’s time to ditch that phony and get yourself a real man. 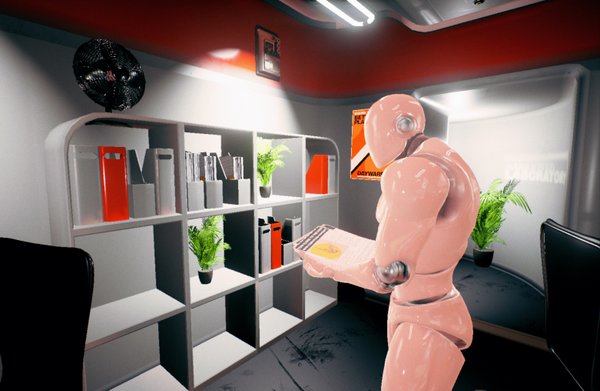