The Richmond City Public School Board in Virginia is fighting teacher disillusionment with a forward-thinking new strategy, approving an appreciation raise for teachers. The change will be effective at the beginning of the 2016-2017 school year, following high rates of turnover and “having it up to here” among teachers in the past decade.

Passed Wednesday, the series of amendments to the county’s policy manual includes a flat 3% increase in the respect given to teachers, as well as a promise to work 3% harder to keep teachers’ interests in mind while making decisions. Board members will also have to spend 3% more time each day “thinking kind thoughts” about the county’s educators.

The amendment includes a controversial measure that also sets a minimum for the size of the smile school administration must have while interfacing with their teachers. Principals, vice principals, and instructional coordinators will shoulder most of the responsibility for this, which calls for wearing “at least something that could be argued a smirk” during teacher interactions, such as formal and informal meetings, classroom observations, and anything that could be construed as praising. This was argued down from “having to show teeth” by more conservative board officials. 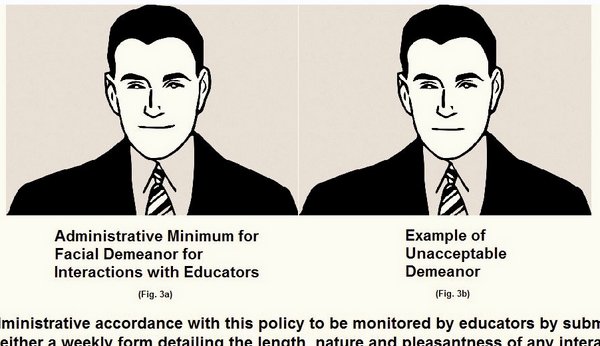 Board member Skip Farnsworth devised the language of the bill after reading an article on his nephew’s facebook feed. “Teachers want to feel more appreciated” said Farnsworth, “and happier teachers means higher student achievement.” Farnsworth estimates that as a result of the change, the county can expect a 3% increase in students passing the SOL, or Standards of Learning state test. Farnsworth was inspired to introduce the legislation after years of conversation with teachers, who all reported that “they don’t do this for the money.”

“We decided it’s absolutely the least we could do.” added Farnsworth.

According to a teacher spokesperson, no teachers were present for the final vote “because [screw] it.”

This Wednesday, the board is expected to approve a 1% pay decrease for teachers to reallocate funds to administrative staff for the time they will now spend grinning. 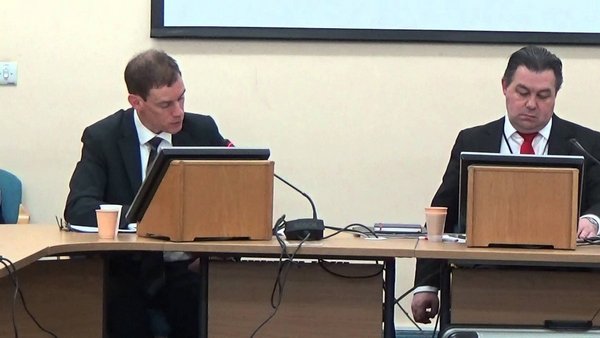