After her landslide victory in California, Hillary Clinton can finally brush the thoroughly-bombed ashes of Bernie Sanders under the rug of public apathy, along with thousands of deleted emails, failed bombings in Libya, and other international chicanery forming a sizeable pile down there.

“The American people have made their voice clear: it’s time for a vagina to inhabit the oval office and bleed all over the porcelain toilet seats of chauvinism and inequality,” Clinton addressed a safe-space full of women all crying hysterically because it’s just so much, you know, the emotions and stuff, but in a good way, right? “People say I’m unqualified. Nonsense. I have more experience in mitigating negative press than anyone else. People say Hillary Clinton doesn’t care about anybody but herself. Of course I care about others. Bankers are just as valuable to me as government contractors, as are Chinese billionaires and George Soros. People say identity politics have gotten out of hand. Well I say they haven’t gotten out of hand enough! *incoherent applause and weeping*”

More insanity as it devolves. 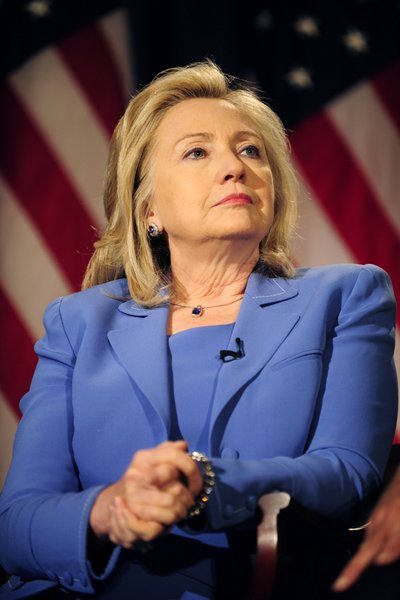