I’m BATMAN. I SAW the NEW James Bond movie! And IT is called SPECTRE! Like the SPECTRE of EVIL that haunts this city, for I must be FOREVER vigilante against any all threats, so that the PEOPLE of this CITY aren’t afraid of WHAT lurks in the SHADOWS, that THEY are free to STOP being AFRAID of the TERRORS this CITY can produce! What was I talking about…? Oh, right, SPECTRE! IT’S A MOVIE!

I’m BATMAN, so I can relate to James Bond because his parents are dead AND MY PARENTS ARE ALSO DEAD! James BOND also has COOL gadgets, BUT MY GADGETS ARE BETTER! His gadgets ARE supplied by a YOUNG geeky guy named Q! That is PATHETIC! Your supplier SHOULD be an old man NAMED Alfred that you look UPON as a father BECAUSE YOUR REAL FATHER IS DEAD! Wait… forget I just said that…

I’M BATMAN! In this movie, he battles AGAINST an evil organization that IS all over the WORLD! He goes TO many different EXOTIC locales! HE should be FOCUSED on what’s GOING on his OWN CITY, not gallivanting AROUND the world! How will BOND know if there’s a GIANT, MAN-SIZED CROCODILE MAN in the sewers of HIS city if he’s off scoring BABES on BEACHES in EQUATORIAL COUNTRIES?!? I happen to THINK he’s PRETTY bad at his JOB!

I’m BATMAN! In this MOVIE, James Bond GETS another in the LINE of famous BOND girls! I MYSELF don’t date or flirt with ANYONE because of the emotional pain of BOTH OF MY PARENTS BEING DEAD!

I’M BATMAN! In this movie, James BOND goes on a CAR chase through DOWNTOWN Rome. I thought that THE chase was LAME because his Aston-MARTIN car didn’t do ANYTHING useful. It had FIRE come out, but A real car for a SUPERHERO spy should have the ABILITY to fly up in the SKY, or become a SUPER-SHIELDED version of itself so THAT the PENGUIN’S henchmen CANNOT SABOTAGE it, or turn into a SNOW plow in case HE has to come up against MR. FREEZE!!!

I’m BATMAN! In this MOVIE, Bond has to come face TO FACE with a menacing VILLAIN from his PAST! This villain is PLAYED by Oscar winning ACTOR Christoph Waltz! I think it is LAME that he is a VILLAIN in THIS movie, and he doesn’t have GREEN HAIR, nor does he have bunch of PENGUIN ACCESSORIES, nor does he have the ability to MANIPULATE PLANTS, FEAR TOXIN or ICE! CRISTOPH WALTZ does NOT have ANY superpowers, so BOND should easily be able to TAKE him on with the POWER of his NINJA-LEVEL KUNG-FU skills learned ON A MOUNTAINTOP!

I’m BATMAN! Christoph Waltz then captures and tortures Bond, BUT HE DIDN’T BREAK HIS BACK LIKE BANE DID TO ME!

I’m BATMAN, and I give this movie 3 Batarangs, 2 Batmobiles, a grappling hook, and a Kryptonite ring SUPERMAN happened to trust ME with, ALL OF WHICH ARE IN MY ARSENAL!!

BOTH MY PARENTS ARE DEAD!!! 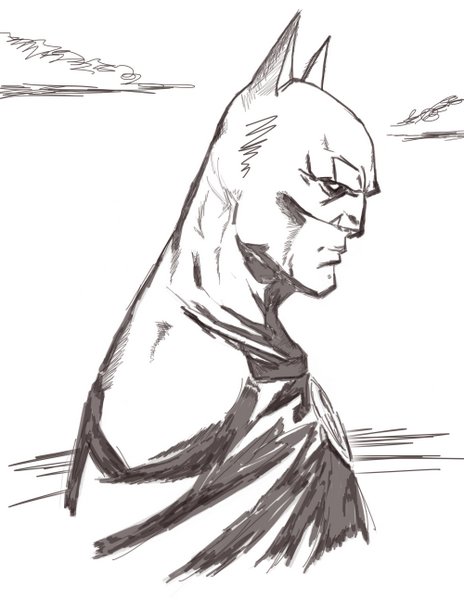 Doughnut Shops don't want you to know this Woman's Secret!