The Guantanamo Bay detention center recently lost its fraternity charter after more than a decade of revelations that it has been abusing members during the pledge process. Brad Beemer, spokesperson for the GTMO fraternity’s national organization, described the decision to revoke the charter as unfortunate and avoidable. When asked why they didn’t revoke the charter after the 9th pledge had died in 2012, he responded, “Look, a few guys may not be able to take it and die during the pledge process. When the chapter lost its 9th guy, sure, we thought it might’ve been due to negligence, poor transparency, and a lack of oversight. But we didn’t want to jump to any conclusions.”

As time went on, however, Guantanamo continued to break rules such as waterboarding and beating pledges prior to giving them their fraternity pin – a strict violation of the North-American Interfraternity Conference’s (NIC’s) code. Things then escalated with detainee Adnan Latif, who was held for more than 10 years without charges. Besides violating the Geneva Convention, this was also in direct opposition to NIC rules which allow pledges to know why they are being held and earn their escape from confinement by either drinking a 750mL handle of vodka or sorting 1 gallon of sprinkles by color in under 2 hours. It turned out that Guantanamo’s torture rooms didn’t even have sprinkles in them! How appalling.

But it wasn’t until the annual NIC picnic that things reached a boiling point. For their fraternity’s skit, the chapter hogtied inmates in the nude on stage and tied others to leashes, forced them to make animal noises, and perform dog tricks. This after the NIC explicitly banned interpretative dance routines for the event. Finally enough was enough.

The fraternity, absolutely disgraced by its chapter in front of the whole conference, decided to strip Guantanamo of its charter.

A 7-year pledge was furious with the decision especially since he was only a few years away from becoming a brother.  “Now this place will be swarming with non-Greek losers. Look there’s one now!”

“Yeah, but you’re not one of us. You’re not even an enemy combatant!”

“So what?” said Allaithy. “They said I could live here against my will if I wanted. Or not. Then they beat me. Anyways, I earned my greek letters.”

Despite the outcry from Guantanamo’s members, however, not everyone is upset with the decision. We spoke to a neighbor who was ecstatic that the detention center might finally quiet down. “Finally, we’ll have some peace and quiet around here. All those assholes ever did was blast loud music 24/7, it’s like they never slept.” 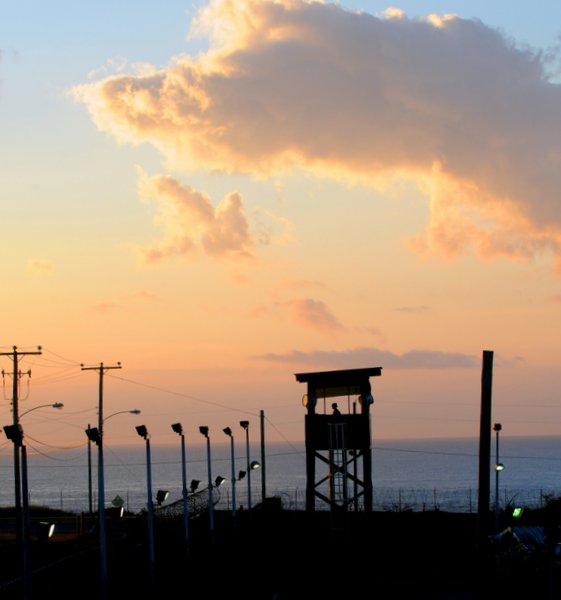 Which Sonic the Hedgehog Levels Best Describe Your Last Stool?