When forced into “literally, like a life or death situation,” it turns out 26 year old bullshitter/blogger Kelly Trexler ‘CAN even.’ Trexler, under the pseudonym Keeley Lopez so she doesn’t seem basic (she is), writes catty blurb articles for an unpopular fashion blog, working for writer’s credits and free chai lattes at the bi-weekly meeting.

After another unsuccessful tinder date and seven Franzia-accompanied episodes of Gossip Girl, Kelly woke up in a hung over daze to the sound of her ride to LAX repeatedly snapchatting her from the car. But before she had blacked out the previous night, Kelly failed to notice that her French Bulldog, Tupac, had managed to pull out the charging cable from her MacBook, letting episodes 8, 9, 10, and 11 of Gossip Girl play to a sleeping Kelly and Tupac on the couch.

Ignoring the 20% battery remaining on her iPhone, Kelly uploaded 14 consecutive Vine videos of her piss-poorly singing along to Miley Cyrus songs on the way to the airport. Then after waiting through a lengthy TSA line, during which she “couldn’t even” on four separate occasions, Trexler eventually scanned her mobile boarding pass as her phone desperately sipped its last droplets of battery and got on the plane.

After wringing the final gasps of life from her phone with a series of tweets and one final moment of periscoping, she had a sudden realization. She had forgotten to write her bitchy, unfunny article mocking celebrities who dared to venture outside their homes occasionally in sweatpants. The article was due for submission within 40 minutes of her scheduled arrival time. Her first thought, obvi, was to borrow another passenger’s MacBook and type up the article on iBlog, the word processing program for people with nothing of use to write. In a turn of unforeseen and unfortunate events, every other Macbook on the plane was being used by either another blogger with an article due or someone working on scene 2 of their screenplay. One naïve businessman offered the use of his Toshiba laptop, but was quickly and curtly informed that PC’s weren’t designed to handle creative projects of this magnitude.

It was then that Kelly faintly remembered an archaic system of recording language which one of her college professors would sometimes use (Still think paying for an extra semester for me to finish my anthropology minor was a waste of money, DAD!?!?). This impossibly old professor, who had undoubtedly acquired all of his knowledge of ancient civilizations by being part of them, was carrying on a legacy form of typography where the person would manually DRAW the shape of each letter to form text on a scroll of parchment or the blackboard. Kelly had an inkling of hope that she could still recall enough of this technique to finish her article, and have enough time to plug in her Mac and type her submission at the airport upon landing.

Finally finding a stroke of luck, Kelly was able to find one elderly woman on the plane who was backwards enough to have the audacity to bring a journal and a pen to write stories from her bucket list trip to Hollywood to tell her friends (before she forgot her entire trip in the upcoming hours). After many confusing attempts, Kelly began to summon the ability to write non-emoji characters and eventually form a few unoriginal sentences. Knowing deep down that nobody would read the article, she was able to fabricate a variety of situational celebrity fashion faux-pas with a clear conscience.

After furiously writing through the plane’s descent and taxi, and disastrously forgetting to return the kind old woman’s priceless memories from her long-awaited trip, Kelly arrived with just enough time to digitize and send in her article to the blogmaster, with only moments to spare. Calling on her besties in LA to rally, she was able to amass 13 likes in a miniscule 25 minutes for her newly posted article. Victoriously, Kelly had gained just enough fictional social media momentum to impress her technology ignorant parents in the car ride home from the airport, and continue the façade that she was building some type of writing career. While still hanging by the slightest of threads, her father’s patience and financial subsidizing didn’t waver past the point of no return, allowing her to continue living comfortably in one of America’s most expensive cities without showing much, if any, direction, talent, or ambition. Indubitably, this was one of the more glorious and pure examples of the indomitable spirit of a true American hero. 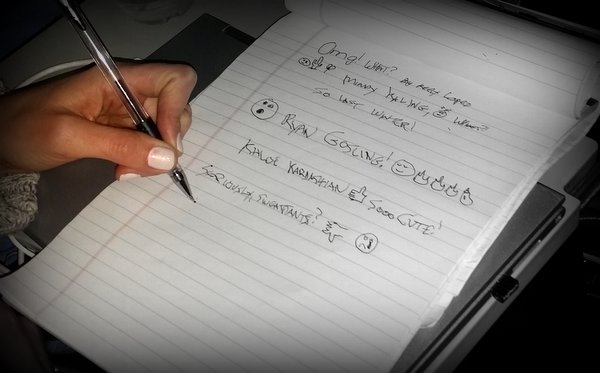