I’m BATMAN! And I WANNA talk ABOUT this new MOVIE that JUST came OUT, and IT’s called CapTAIN America: CIVIL War! CIVIL, as in a civil government that can no longer protect its people from the injustice, WAR, as in a war on the streets for the heart and soul of the city itself, and CAPTAIN AMERICA as in NOT BATMAN!!!

I’m BATMAN, and it’s HARD to BELIEVE that this a SUPERHERO conflict movie THAT I’M NOT IN! My movie was JUST in theaters TWO MONTHS AGO, and we have a chipper good ol’ BOY with superPOWERS versus a RICH GUY who uses GADGETS to do DETECTIVE WORK! I mean, C’MON MARVEL! If you’re GOING to PLAGERIZE, don’t be SUBTLE about IT! It’s NOT like THESE characters have BEEN around for HALF-A-CENTURY or something the WAY I HAVE!!!… Wait, they have? My… my bad.

I’m BATMAN! The BIG conflict at THE heart OF this MOVIE is that IRON MAN believes that the AVENGERS should answer to the UNITED NATIONS! That’s STUPID! You know who BATMAN answers to? ONLY BATMAN!!! IF I was IN this MOVIE, there WOULD be no CONFLICT because I would just REMIND EVERYONE that I’M BATMAN, and then walk away MOODILY and GRIMACING while all the other superheroes STARE BLANKLY!! Neither Iron MAN nor Captain AMERICA could do THAT because THEY’RE NOT BATMAN!!!

I’M BATMAN! IntroDUCED in this MOVIE for the first TIME is a superhero CHARACTER named BLACK Panther! He is a superhero who dresses in BLACK and uses an ANIMAL as a symbol to inspire FEAR in his ENEMIES! His black ARMORED suit comes with GADGETS, and he only DECIDES to become A superhero after ONE OF HIS PARENTS DIES!! I mean, C’MON MARVEL! If you’re GOING to PLAGERIZE, don’t be SUBTLE about IT! It’s NOT like this BLACK PANTHER character has BEEN around for HALF-A-CENTURY or something the WAY I HAVE!!!… Wait, he has…? My bad… again.

I’M BATMAN! A LOT of TENSION in THIS movie HAS to DEAL with THE fact THAT the WORLD believes that CAPTAIN AMERICA’S sidekick BUCKY, who is a guy in his THIRTIES, is a BAD GUY!! See, THIS is why I adopt PREPUBESCENT BOYS to be MY SIDEKICKS, because NO ONE could ACCUSE a PREPUBESCENT BOY of doing ANYTHING wrong! THIS movie wouldn’t have worked NEARLY as well if THEY were chasing a 12-year-OLD in GREEN BOOTIES and a DOMINO MASK around EUROPEAN CAPITAL CITIES!!!

I’M BATMAN! There’s a BIG revelation in this MOVIE about BOTH OF IRON MAN’S PARENTS BEING DEAD, at which point I had to WALK out of the THEATER because it reminded me of the trauma of BOTH OF MY PARENTS BEING DEAD!!! So I COULDn’t finish the movie! But if you like MARVEL superHEROES, be sure to go TO your LOCAL movie THEATER, and ask for a TICKET for this MOVIE! It’s name is BatMAN v. SUPERman: DAWN of Justice, and it’s one of the best movies of the YEAR!!! 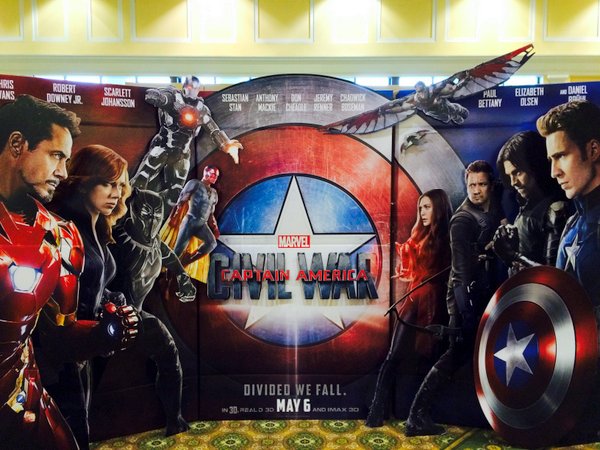