In a surprise that shocked the theatre community at Claremont High, washed out acting teacher Ms. Crowley landed the lead role in the school’s upcoming production of Billy Elliot, continuing her record of starring in every school play for the past 9 years. Based upon the movie of the same name, Billy Elliot is a play about a poor working class boy who wants to learn ballet or tap dancing or something and someone says “no” but Billy goes ahead and learns to tap dance anyway. With the lead character a prepubescent boy, it’s a role simply perfect for Crowley! She has years of experience casting herself as young boys from Mowgli in The Jungle Book to Peter Pan to every speaking role in Oliver!. And all along the way she’s perfected the art of acting. From shouting her feelings during monologues to sharply turning on her heel to loudly sighing when she’s just fed up with another character on stage -she’s done it all.

Who could forget the inner turmoil she displayed during MacBeth when she deftly showed her frustration after every line by throwing her arms up in the air and letting them fall to her thighs with a loud pat?

Wow, is there anything she can’t do!?!

Well, even someone of Crowley’s caliber can stand to benefit from her friends. Since 2012 Crowley has had the wonderful support of her theatre friends from college and group therapy, all of whom take on supporting roles in the school’s productions. People such as Tim Shields, who wears suspenders and is 34, or Lars, who only has one name and wears a beret.

These friends also help lead different acting warm-ups in class such as: talk in a British accent knowing nothing about British accents, wear historically inaccurate costumes, and take promotional photos in awkward poses no one would ever actually make.

But even someone as talented, beautiful and confident as Crowley doesn’t have it all too easy. The school recently came under fire from a group of haters, aka helicopter parents who don’t understand what art is and want their kids appear in the school productions. These participation-trophy giving, not-wanting-to-physically-abuse thinking, smother-parenting parents recently petitioned to figuratively tear down the tradition and excellence that is the Claremont Theatre Program.

The principal had largely allowed the program to exist due to its immense popularity as a summer class (yielding additional funding) and as an incredibly popular elective among students (whom could pad their grades with an “A” by showing up to the auditorium high and painting scenery). Parents demanded that all students who wanted to act would be able to appear on stage and at least 1/2 be given a speaking role or have one added for them.

What could be done?

Alas, in the end Crowley submitted (though secretly hoping one of her pupils will cite her as an influence if their careers ever take off). 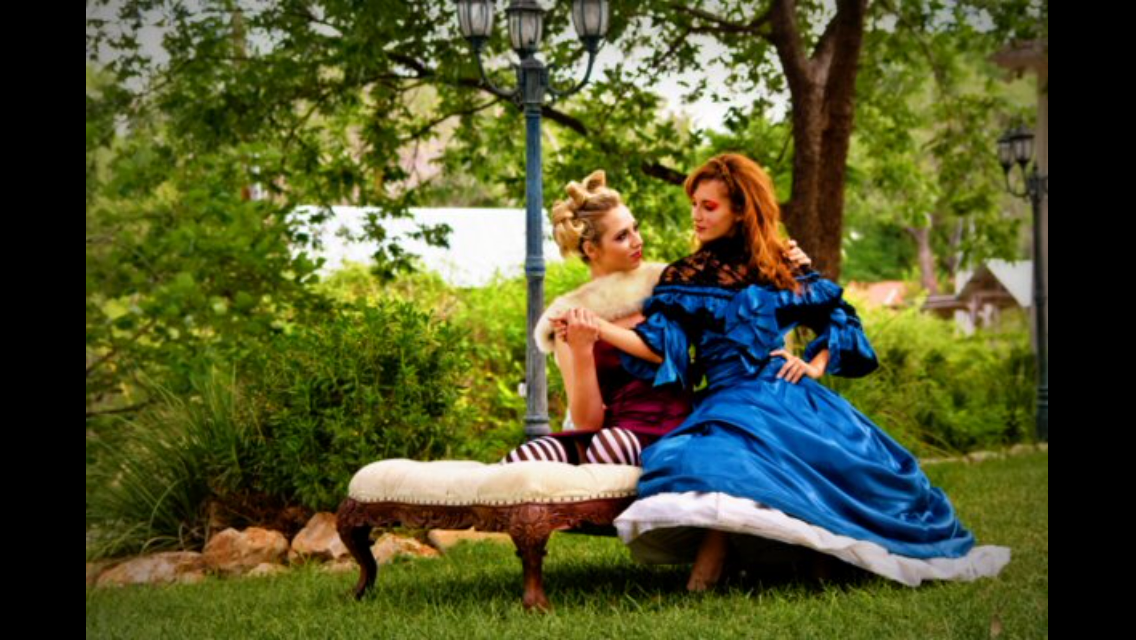 Photo: Crowley during acting warm-ups with a townie friend.