(Brighton, KS) The story here started six days ago, and ended today with a smoldering pile of rubble.

It all began Friday with an incident in an 8th grade health class at Brighton Township Middle School. Amidst a lecture on the damnation surrounding premarital sexual intercourse, class clown Johnny Carwell suddenly stood up and exclaimed “If we’re going to be talking about sex, we might be needing THESE!” Johnny then proceeded to throw what his teacher described as “several,” “opened,” and “condoms” into the air.

Initially, 13 year old Johnny was given three days detention as punishment for his outburst. However, it quickly became clear that the community would not allow Johnny and the school to get off that easily. Not after Susie White, a 12 year old girl in that same health class, described what had happened to her mother after school. According to a police report filed by her mother Barbara, when Susie was asked about her day at school she began giggling, explaining that a “silly boy” in her class threw “con-doms” up in the air during their anti-sex education lecture. Obviously, Barbara was outraged, appalled, and feared for her and her family’s lives and eventual eternal damnation. She immediately called the local authorities who, though sympathetic, stated they had no criminal case against Johnny Carwell.

With no help from the police to prosecute the vile Carwell, Barbara quickly organized her posse of bored housewives with nothing better to do. The result was a new community activism group called Mothers Against Johnny Carwell and Everyone Who Doesn’t Call for His Execution or at the Very Least, Castration. Using her elite social ties and leverage within the town’s highly powerful church, Barbara was able to gain hundreds of supporters after Sunday’s mass and brunch. The group released the following statement Monday morning:

In response to the heinous acts carried about by He Who Shall Not Be Named, as well as the complete moral and sensible failure of the school faculty and staff, Brighton police force, and entire Carwell family, we are calling for a community crusade against all those responsible in tainting the values of our middle school. Considering that anyone not part of the solution is part of the problem, we demand all middle school faculty and staff, as well as district administrators, be relieved of their positions immediately. In addition, we demand a safe, clean, and godly school for our children to attend. Seeing as this building and grounds are now forever unclean, we demand a demolition of the property and rebuilding in a new location. We also call upon our law enforcement to do their sworn duty as police officers to take swift action against all responsible for this abomination in the name of our lord Jesus Christ. We have sent Pastor James to speak with the commissioner, and expect his full cooperation.

Peace be with you, Mothers Against Johnny Carwell etc.

The group then led a large protest outside of the police station. Eventually, after speaking with the Pastor, the law enforcement officials caved to community demands. Twelve people were ultimately arrested, including the principal, superintendent, the health teacher, as well as Johnny’s Parents and Johnny’s 17 year old brother David, from whom Johnny had apparently stolen the condoms. Local Officials informed Orange Stripe that David will be tried as an adult in these extreme circumstances. Johnny Carwell, as well as David’s girlfriend (who was found guilty of conspiracy to use condoms and engage in premarital intercourse) were sentenced to a juvenile detention center for an undetermined period of time.

By Tuesday afternoon, all Brighton Middle School staff was let go, as plans to demolish the school were being finalized. We finally were able to reach Barbara White for comment on the situation. We asked why such action was taken and how the children were going to go to school in the wake the demolition. Barbara stated that “When Susie came home and laughed about a boy throwing condoms in the air, it was the worst moment of my entire life. Condoms are for pre-marital fornicators. They are only needed by heathens, whores, and the gays. Something had to be done quickly and while emotions were at their highest. We cannot tolerate this type of unholy demeanor in our community. Everyone is to blame here except for myself and my supporters. Instead of normal school classes, Sunday school with Pastor James has been extended through the entirety of the week.”

I am told by the district’s new superintendent, Pastor James, that the future of the middle school is still unclear. But as of now, the district is considering demolishing all of its schools, thereby moving all classes to the Chapel. “It Just makes sense,” explained Pastor James, “all of the education these students need can be provided by me in the safety of God’s house, in the Chapel.”

Today, the dust settled on both this story and the former Brighton Township Middle School, as it was dismantled by a team of excavators, all ordained by pastor James. 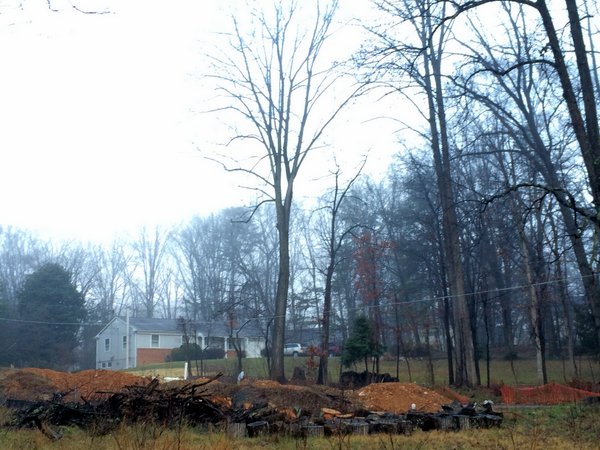