(Chantilly, VA) With the regular season of the NFL ending, major headlines seem to be a recurring norm this time of year. But while the NFL is the talk of our sports nation the little lesser known spectrum of the game, flag football, witnessed a remarkable feat of athleticism and heart by middle school teacher, Paul Peters.

Peters, 25, an 8th grade English teacher at Stoney Street Middle School in Chantilly, Virginia, played in the school’s annual Students vs. Teachers flag football game. The school’s tradition of the annual flag football game has taken place for nearly a decade and was listed as Chantilly’s 34th most attended town event – right after Free Slurpee Day and before Circuit City Memorial Day.

The game had a prime selection of Stoney Street’s best student athletes. Led by 12-year-old quarterback Matt Kirkland, the students planned on utilizing their speed and long-armed quarterback for quick end zone strikes. But Kirkland and company weren’t ready for their teaching opponents led by the 330 pound Peters. Kirkland finished 9 of 48 pass attempts, 111 yards, 2 touchdowns (1 passing, 1 rushing), and 7 interceptions.

The game was in many ways a redemption story of Peters, who led his team to an 84-12 score victory. Peters played freshmen football in high school but had his career ended when his parents found out his GPA had lowered to a 3.9. Peters, who played tight end and defensive tackle in the annual game, had an all-pro outing. The English teacher caught 9 receptions for 34 yards and 7 touchdowns. On the defensive front, Peters had 34 tackles, 11 sacks, 17 tackles for loss, and ended his performance with a game ending interception. Peters’ 7 touchdowns broke Jerry Rice’s previous flag football record (5 touchdowns) that was made in the St. Jude’s Hospital Celebrity Flag Football Fundraiser back in 2003.

After the game, Peters graciously shared, “It was so great being back on the field again after over a decade of hiatus. Both teams played and fought hard, but the better team came out on top.” When asked what this game did for his football future, he added, “I’m willing to take calls when they come. I obviously can still play at a high level and the NFL needs to take notice. Until then, I’ve got a stack of midterms to grade.”

As sore loser Matt Kirkland was exiting the field, he was asked how he felt about Peters’ game performance. Kirkland only had this to say: “I thought you weren’t allowed to hit in flag football.” 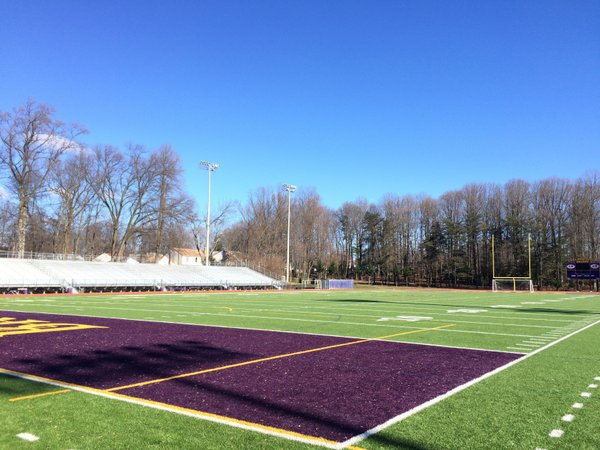