Today WMATA officials announced the rebranding of the Metrorail system as “Rainbow Road”. The name was inspired by the famous Mario Kart track Rainbow Road which gamers around the world have described as “a complete and total clusterfuck.”

Usually the final track unlocked in the Mario Kart games, Rainbow Road is known for it’s frustrating difficulty, litany of hazards, and a track design that is near humanly impossible to stay on safely. Metro currently channels this spirit by providing riders with exciting traps and hazards to navigate through such as broken escalators, broken air conditioning units, “real-time” timetables that don’t reflect half hour delays, and cars that spontaneously catch on fire. And, like Mario Kart’s mystery item boxes, Metro passengers can find various items strewn throughout the transit system such as banana peels, piles of vomit, and passive aggressive station managers.

Despite these similarities, however, Rainbow Road and Metro do have their differences. For example, Rainbow Road is an engineering marvel suspended amongst the stars so that drivers can easily fall off and plunge to their death. Metro on the other hand sprawls across the city largely underground, and if someone accidentally gets off, their overall health is probably in a lot less danger. Regardless, WMATA is hopeful that the rebranding effort will renew interest in the transit system or at least trick people into thinking it’s somehow better or different. 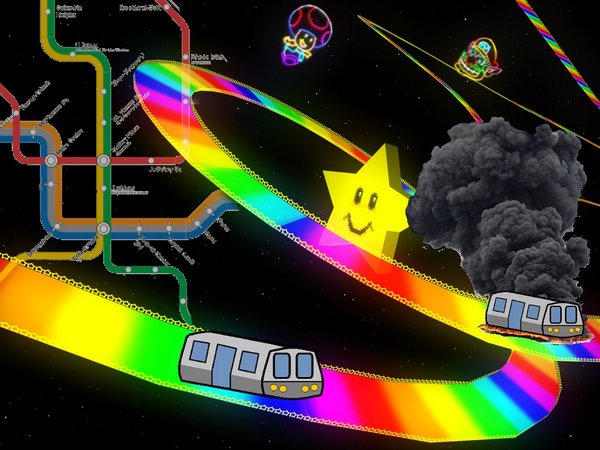 Top 5 things to do in Purcellville, VA