In a bold move last Friday the Erikson County School Board announced plans to revamp their sexual education curriculum by teaching the hand washing method in addition to abstinence. School officials have lauded the decision as a long needed change. Principal Debra Gerstner of Porthill High School explained, “Look, kids are going to do it whether we tell them or not. I’d rather they know how to do it right by washing their hands after AND BEFORE sex in order to quell the spread of pregnancy.” Her sentiments were shared overwhelmingly by the community.

In a prepared statement the school board noted, “We will continue to radically affirm that abstinence is the safest choice for students. But for some teens once they’ve found that special someone and are ready, holding hands can be a very intimate display of their love. We understand that and just want them to be ready so they don’t get gonorrhea.”

Many wonder, will these changes have any noticeable affect? Absolutely.

During the past 10 years India’s economic growth hasn’t been its only achievement. Indian public schools have introduced the hand washing method into their sexual health classes and pregnancy rates have seen a dramatic decline. Additionally, the rate of infections transmitted sexually and the number of violent sexual crimes per year now make up a fraction of what they once were. Even though comparing this year’s numbers to another will always result in a fraction, these fractions are mildly less than previous years. The only variable that could affect all of these numbers for the country is the curriculum that India is teaches in its health classes. Moreover, careful consideration was taken during our analysis to select the most appropriate data sets to compare. Large scale societal change is rapid and instantaneous. Because of this we compared birth rates in India starting the year the new sexual education was given rather than wait a few decades to monitor bigger cultural shifts. It’s important to draw conclusions immediately before long term cultural trends occur and skew our results.

The board hired external consultants to prepare informational brochures to be an easily available resource for students. They provide answers to commonly asked questions such as:

Doesn’t washing hands take too much time?
Not at all! Handwashing takes about 2 minutes to do. Some people may complain but wouldn’t you rather spend 2 minutes washing your hands than a lifetime of shooting blood out of your eyes because you have gonorrhea? Besides, it can be a great way to bond with your partner, the two of you washing your hands together, just a few inches away, a heartbeat away, when one of you accidently grazes the other’s hand.. and you two slowly begin caressing, and washing each other’s hands… gently getting between the knuckles, under the nails…

But everyone says it’s so uncomfortable?
New developments in sink technologies have taken the pain out of hand washing. Now with the ability to adjust temperature you can find the right balance between crisp, cold water and soothing, hot water. Additionally, personalized hand sinks were created so that you could quickly and easily wash your hands and not have to jump into shower.

I brushed against a doorknob, does it really matter if I don’t wash again?
Yes it does! Doorknobs are some of the dirtiest places in the world and 90% of them are covered in syphilis. Be sure to take caution after washing to not touch anything but your partners hands. If you find you still can’t keep your hands off everything, consider making love next to a sink.

Is wearing gloves just as safe?
No.

Since religious groups condone hand washing, doesn’t this only serve their interests?
No, prominent atheists such as Freud promoted this idea.

Didn’t Freud also believe women felt incomplete because they didn’t have male genitals?
The hand washing method is one of the things Freud believed in that was correct.

Lol, Freud totally did and he actually called it penis envy.
Does anyone else have any questions?

You said prominent atheists supported this idea but only mentioned one.
I think we only have time for one more question.

Is this really just a ploy by Obama to take our freedom?
You better believe it. 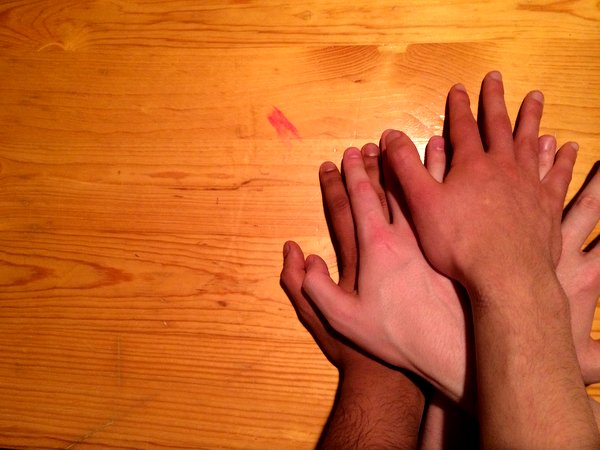