Harvard, MA – Leading researchers at Harvard’s Biochemistry department have discovered a groundbreaking connection in the continued battle against cancer.

“We looked long and hard at the data, and have found that the more people click on sensational headlines and links, especially those on Facebook, the more likely they are to get ass cancer and die. The P-value equals 1,” says disembodied voice in a white overcoat.

Scientists and activists are scrambling for a way to combat this added risk, while dumb schmucks continue to click on bullshit articles, putting their precious, precious bottoms at risk.

Harvard Department of Athletics head Bill Lee had this to say: “There’s nothing we can do that works. If we put out the information straight-faced, nobody reads it. If we play up the importance, the media puts us on the newsreel with stock footage of people blowing up and red font. So we’ve just given up. We figure gradual genetic cleansing is the best way to go anyway.”

The data indicates that regular exposure to The Washington Post’s website may increase risk by 15(±85)%, while The Wall Street Journal’s and The New York Times’ website were closer to about a 30(±70)% risk of developing terminal ass cancer. The Guardian and The Huffington Post rates were indeterminable, as all readers were already dead. 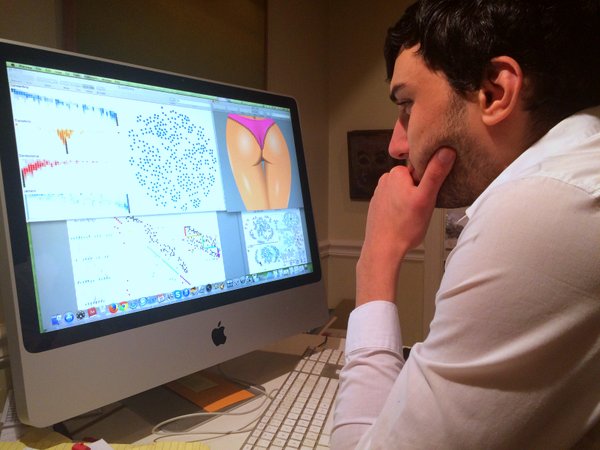